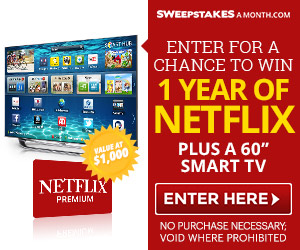 Launched in 1997, Netflix was the first service to combine the online streaming of video entertainment and the delivery of DVDs for one monthly fee. Although they still deliver DVDs as part of their business model, streaming by their customers accounts for a whopping third of all Internet traffic.

Netflix® has over 100,000 titles can be accessed through the Xbox® 360, Nintendo® Wii, PS3, Internet-connected television, Android, or Apple products including the iPhone and iPad. Beyond classic favorites and new release films, members can enjoy entire seasons of television shows and exclusive content from comedians including Zach Galifianakis, Aziz Ansari, and Russell Peters. Hit Netflix shows include Orange Is The New Black, House of Cards, Daredevil, and Jessica Jones.

With over 74 million members paying $8 or more a month to stream television shows, movies, and specials on Netflix, they are the most recognisable name in instant entertainment and are still trouncing competing services like Amazon Prime, M-GO, HBO Now, Hulu Plus, Hulu, Target Ticket, Android Market, iTunes, Apple TV, and Vudu.

Catch up on missed episodes of your favorite sitcoms, binge watch that series you can't get enough of, and whip up a date night movie in a hurry with a free year of Netflix. Register now for your chance to win a free subscription and a 60" smart LED television to stream your free entertainment on.