Due to the high popularity of these offers some of them run out or expire quickly.

We do have many other great offers you may be interested in though so please browse the rest of Totally Free Stuff. 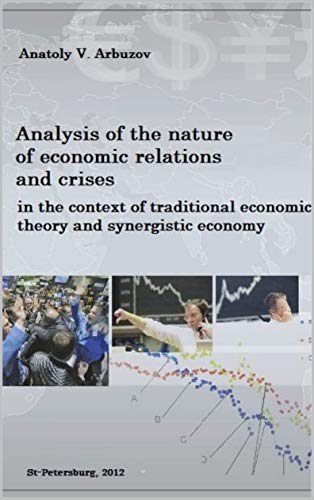 First time in English! Only NOW you can download book of the famous Russian economist and lawyer Ph.D. Anatoly Arbuzov explaining the REAL reasons of the World Economy Crisis for such a small price!

What happens to the world economy as a whole and to Russian economy in particular? Why do large Western multi-national companies working in which was always considered to be a real dream of life of many people in the world, start disappearing suddenly one for another, and the earlier unknown Chinese and other Asian companies appear to be world leaders? The traditional answer which we have got used to hear in mass media is that the mentioned is a result of the world economic crisis, a trivial enough phenomenon periodically arising in the world. It seems, however, that the stated explanation is not absolutely correct (if not to say more) and those who disseminate it, are either unintentionally mistaken, or deliberately mislead all of us. The present monograph, on the one hand, is subordinated to the task to dispel the specified errors, to explain, what processes are under way in the contemporary economy, what is the nature of the present crisis which has arisen no less than in the beginning of the XX century. The mentioned task is solved, mainly, in Chapter 1 of the monograph. Other part of the work is subordinated to the task to open the ontological party of economic processes at deeper theoretical level, and, in a more general context - social, biological and physical processes. Such analysis is carried out within the limits of the so-called "synergetic approach" to studying of the phenomena surrounding us. The synergy (synergetic approach) is an interdisciplinary scientific trend arisen in the first half of the XX century based on physics and mathematics and studying interaction of various systems (sets), as well as elements constituting them. From a position of synergy the phenomenon of the surrounding world - society, human being, earth, economy, at last, the monograph you are reading now, - do not represent something absolutely diverse, torn off from each other. The whole world is a conglomerate of various systems (sets) built in each other, exchanging elements constituting them and changing under the influence of various forces.