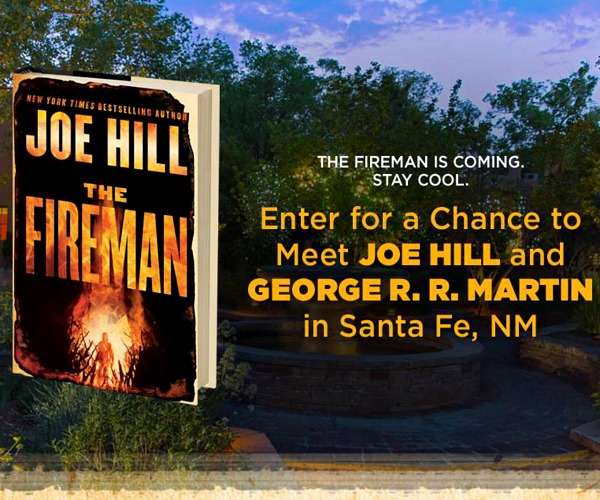 Upholding an 80-year legacy of publishing the highest quality fiction and nonfiction books, William Morrow is an imprint of HarperCollins Publishers.

Today, HarperCollins is a broad-based publisher with strengths in literary and commercial fiction, business books, children's books, cookbooks, narrative nonfiction, mystery, romance, reference, pop culture, design, health, wellness, and religious and spiritual books. Headquartered in New York, HarperCollins has publishing groups around the world in the US, UK, Canada, Australia, New Zealand, and India. With nearly 200 years of history, HarperCollins has published some of the world's foremost authors, including winners of the Nobel Prize, the Pulitzer Prize, the National Book Award, the Newbery Medal, and the Caldecott Medal. HarperCollins is consistently at the forefront of innovation, using digital technology to create unique reading experiences and expand the reach of its authors.

Enter for your chance to win a meet and greet with Joe Hill and George R.R. Martin. One lucky winner will receive:

Two tickets to attend the Joe Hill in conversation with George R. R. Martin event at the Jean Cocteau Cinema in Santa Fe, New Mexico on May 23, 2016

Meet and greet with Joe Hill and George R. R. Martin at the event

Two hardcover copies of The Fireman by Joe Hill

By participating in the Sweepstakes, you understand that you will receive email communications from Entertainment Weekly, Travel+Leisure, AFAR Media, Weekday & Weekend Wander, La Posada De Santa Fe Resort & Spa, Bookperk, and other HarperCollins services. The last entry will be accepted April 22, 2016 at 12:00 p.m. (ET).