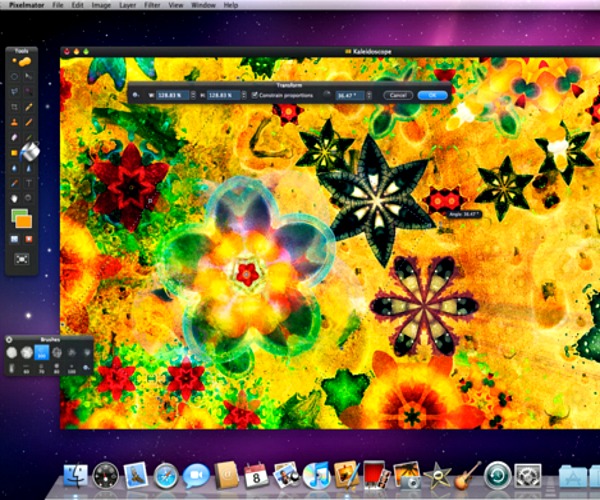 Pixelmator for Mac is a powerful, fast, and easy-to-use image editor. It lets you enhance and touch up photos, sketch, draw and paint, add text and shapes, apply dazzling effects, and do so much more. Pixelmator is built and developed from the ground up for the Mac, taking full advantage of the latest OS X features and technologies.

Answer the questions correctly to download it free, compliments of Mac/Life Magazine.

You can get a free issue of the magazine to find the answers to the questions here:
https://itunes.apple.com/us/app/mac-life-ultimate-apple-magazine/id469917012?mt=8